Seeing All the Angles: Learning Multiview Manipulation Policies for Contact-Rich Tasks from Demonstrations

Four runs (in real time) of a single multiview policy. The corresponding sensor views are shown at the bottom right.

End-to-end learning has emerged as a popular alternative to the traditional sense-plan-act approach to robotic manipulation. This work was motivated by a relatively simple question: what happens when you try to apply an end-to-end visuomotor policy to a mobile manipulator, in which there is no guarantee that the base will always approach a task from the same relative pose?

The main components of our system for learning multiview policies.

As stated, we completed experiments in seven challenging manipulation tasks.

Autonomous policy execution on the seven tasks used for experiments. Notice that between runs, the base pose changes. These videos are shown at 3x real time.

We collected data using a human expert for most of our environments using an HTC Vive hand tracker. For our simulated lifting environment, in the interest of creating repeatable experiments, we generated a policy using reinforcement learning. We created a simple method for autonomoulsy choosing randomized base poses between episodes, using:

Notably, this information is required only for data collection as a convenience.

A human collecting demonstrations. Notice how the base autonomously resets to new poses between episodes.

We also showed that \( \pi_m \) generalizes to out-of-distribution (OOD) data, while, for tasks where mutual information between poses is not generally high (see paper for more details), \( \pi_f \) performance drops dramatically as soon as the base is moved from \( b_\phi = 0\), the position at which it was trained. 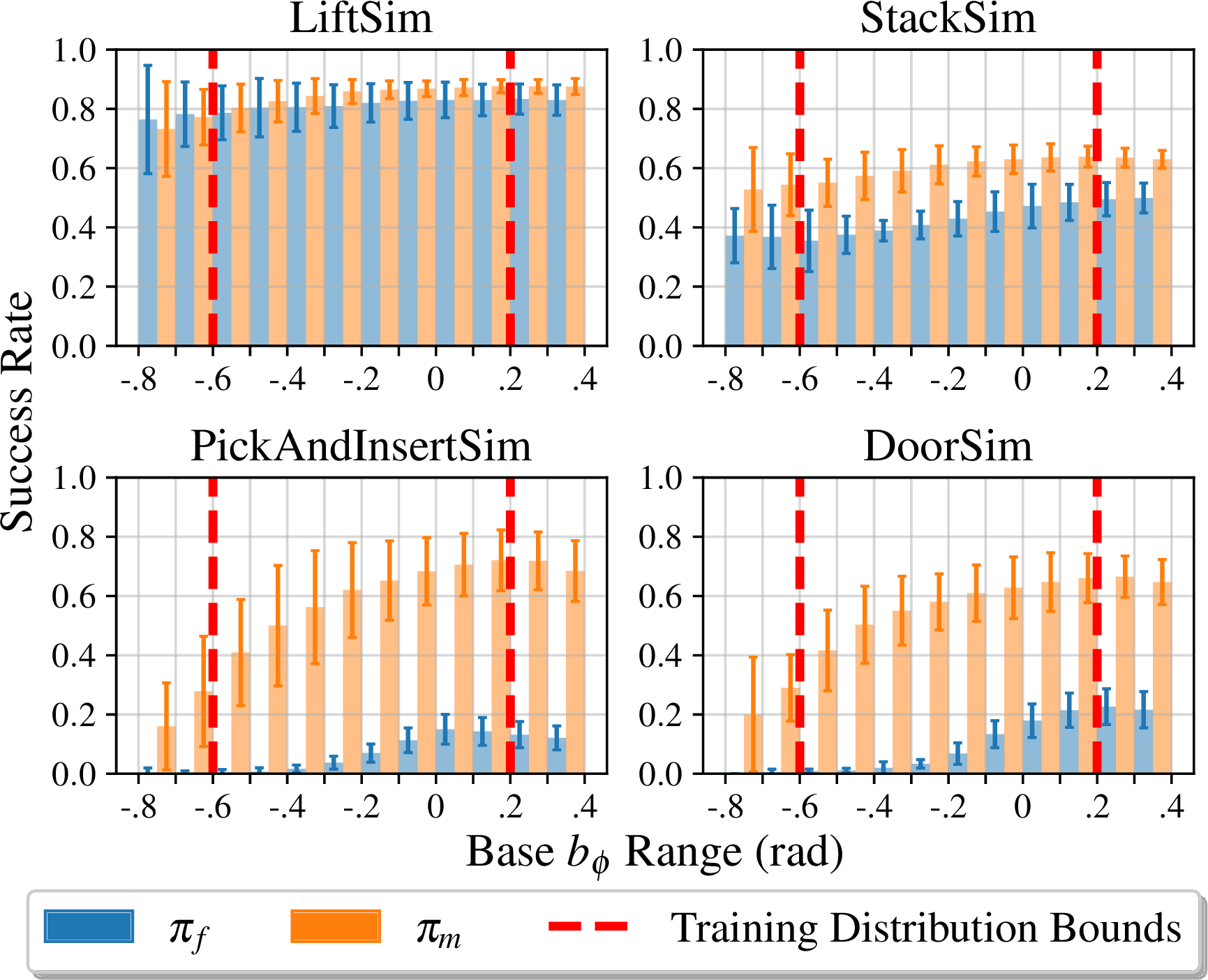 Since our network structure includes a spatial-soft argmax layer1, which roughly corresponds to a spatial attention mechnanism, we can analyze the features that it learns.

In contrast, here are the two highest activating features learned by \( \pi_m \):

Clearly, the features display more consistency, indicating that the policy, without any loss enforcing it to do so, has learned a degree of view invariance. Once again, here are the six highest activating features:

For more details, be sure to check out our paper published at IROS 2021!